The most exciting history lesson you will ever experience.

With copper roofing, zinc roofing, and aluminum roofing increasingly becoming some of the more common home improvement endeavors in the New England area, many wonder if history has actually proven the multitude of positive statements spoken about these sorts of lifetime metal roofing systems.  Many homeowners ask us, “Isn’t metal roofing a new industry? Have we actually seen these aluminum metal roofing systems last the ‘oh-so promised’ 100 years?” As progressive as we may think New England and United States homeowners are, remember that the United States certainly is not the entire world. Hop into our aluminum time machine (it only makes sense – if it were steel, it would rust by the time we made it anywhere) and cruise and learn with us through time and space as we ride down the metal roofing memory lane of aluminum roofing, copper roofing, and zinc roofing.

Metal is actually an ancient technology, and is has been used continuously for roofing and for many other forms of architecture and technology, all the way up to today. It has always been notorious for its function as a superior roofing option as opposed to other materials, regardless of which metal is used.  However, due to its higher cost, it never really grew popular as a mainstream home option until the past few generations. “The Dome of the Rock” – the establishment which sits on the area “Temple Mount” in Israel, where certain religious groups believe the prophet Muhammad ascended to Heaven and where God intervened on Abraham’s sacrifice of his son Isaac – is believed to have originally been protected by gold metal roofing. It currently sports gold-leafed aluminum metal roofing. 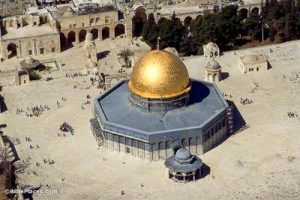 Aluminum Metal Roofing – /əˈlo͞omənəm/ – our favorite. Like the representatives at the Classic Metal Roofing Systems factory like to say, “Centuries old, forever new …”

First, this material is astonishingly ancient. That said, it has been estimated that 73% of all aluminum ever used is still in use, through recycling. The earliest form of aluminum compounds, known as alums, were used by the ancient Babylonians and Egyptians as early as 2000 B.C. As described earlier, there is a reason the sacred “Dome of the Rock,” completed in 691, is sporting an aluminum metal roofing system over asphalt roofing.  Can you imagine asphalt roofing on the Dome of the Rock? Yikes. Don’t you want your home to look like The Dome of the Rock? Okay, perhaps not … because we would destroy the sacredness of the Dome of the Rock if it suddenly sprouted up all over New England. The point being, you should now be convinced that aluminum metal roofing can interface with practically any type or form of architecture. 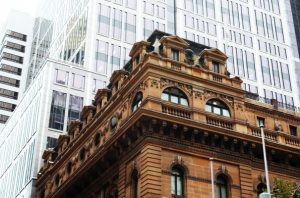 Similar to other materials that have been utilized for metal roofing, aluminum metal roofing has been very prominent in a variety of European cultures for centuries, which have evolved some beautiful designs. Even though it is only made its big break in the United States over the past century, there is an aluminum roofing system over 100 years old still standing flawlessly in the land down under. The Chief Secretary’s office building in Sydney, Australia had an aluminum roofing system installed on it in 1880. It is still there. And guess what? It is still in great condition.

Copper roofing, arguably the oldest form of metal roofing, has been around for thousands and thousands of generations.  In around ~300 B.C., copper roofing was installed on the Sri Lankan Loha Maha Paya Temple, also known as the Mahamuni Buddha Temple. We know that around 27 B.C., the Romans used copper metal roofing for the Pantheon. The oldest European medieval structures – churches – from around the 14th century, also utilized copper roofing. A St. Mary’s Cathedral, known as Hildesheim, had a copper metal roofing system installed on it in 1280 A.D.; the same exact roof is still there to this day. You may be thinking “Sure, right. That that system is 734 years old!”  Well, it’s true!

Kronborg, one of Europe’s most notorious castles from the Renaissance era, had a copper roofing system installed on it 1585 A.D. It was just renovated in 2009 – at the ripe old age of 424 years – not bad longevity for a roof! According to the December 2002/January 2003 issue of Metal Roofing Magazine, tests on a lot of European copper roofing systems from the 1700s exhibited results proving that this type of roofing can theoretically last up to 1000 years – an entire millennium! 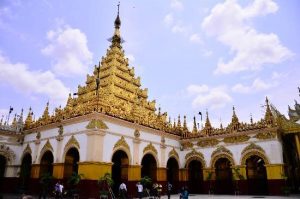 , generally formed with copper and titanium, has been made very popular in Germany as well many other countries for about 300 years by European architects. Being one of the more recent metal roofing technologies, history has still proven that it provides a distinguishable long-term option for a metal roofing system. Zinc roofing is estimated to last over 70 years. That said, the German architect Karl Friedrich Schinkel serviced zinc metal roofing throughout the 18th and 19th centuries and many of his historical buildings with zinc metal roofing are still there to this day. Keep in mind that we say over 70 years, because, accordingly, a recent article published by Construction Magnet recently found that the majority of a zinc metal roofing system was still serviceable after over 120 years. This zinc metal roofing was for the 1890 St. Catherine’s church located in a cemetery in Reutlingen, Germany. The building “has now been preserved to nearly its original state in 1890.”

Remember, if there is one way to prove anything, it’s history. 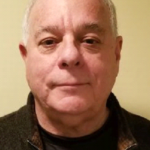